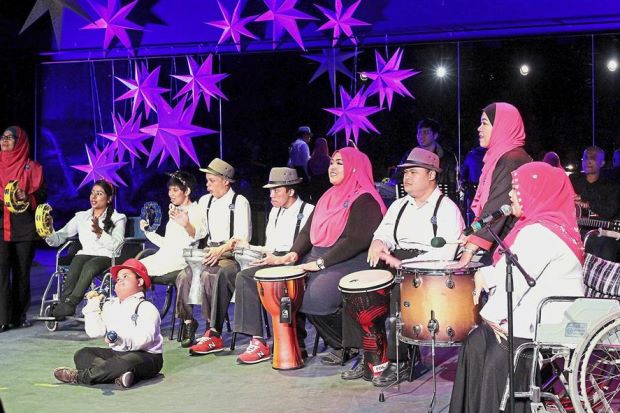 DISABILITY does not mean inability. This was proven by the talented performers at the “Merdeka Di Mataku” (Freedom To My Eyes) concert, held in conjunction with World Disability Day on Dec 3.

The concert was co-organised by Ras Network Sdn Bhd and OKU Sentral, a group founded by newscaster and Paralympic athlete Ras Adiba Radzi in July.

Staged at the Damansara Performing Arts Centre in Damansara Perdana, the concert featured performers with disabilities. They included a group from PDK Semenyih, a quartet of visually-impaired musicians called Eyelitz, as well as singer Umar Hasfizal, who endeared himself to the audience with his stage persona.

There were also dancers from Beautiful Gate, who gave a moving performance to the song Say Something. The troupe later returned for an upbeat joget performance.

Ras Adiba serenaded the audience with several songs, including My Funny Valentine, Teratai and Tunggu Sekejap, as well as a French song Ne Me Quitte Pas. 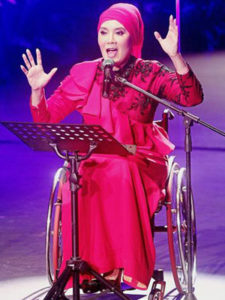 Ras Adiba enthralling the crowd with her performance at the Merdeka Di Mataku concert.

During the encore, all performers returned to the stage to sing Suriram.

The concert even had a sign language interpreter to help the hearing-impaired better understand the performances during the concert.

Speaking to StarMetro after the show, Ras Adiba said it was a show by the disabled with the help of some able-bodied friends.

She said the first two Freedom to My Eyes concerts were held in 2006 and 2007, but this instalment was on a bigger scale. 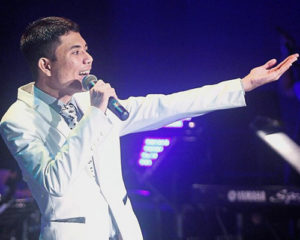 Umar Hasfizal delivering a dazzling performance, thanks to his impressive vocals and personality.

“It is to express ourselves and to feel free, hence the title.

“It was tough as I lost my voice a few days before the concert and I only had two rehearsals, but I had help from the creative director, music director and volunteers who assisted us in making our dreams come true,” said Ras Adiba, adding that she hoped the concert would become an annual affair..

“We would like to raise funds as well as assist the Welfare Department in getting as many people with disabilities as possible to register, as many do not have the accessibility, especially those in the outskirts.

“It is not just arts but we also hope to get people with disabilities involved in sports,” said Ras Adiba, who was a sharp shooter in the Paralympics. 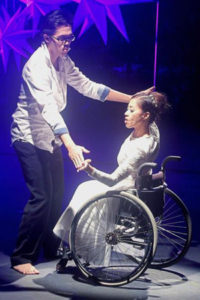 Jumlah Pelawat
Back To Top